For over a decade, Apple mastered its mantra of products secrecy. Employees, suppliers and business partners do sign and strictly comply with unprecedented rigorous agreements of non-disclosure and confidentiality. Apple retail employees are very often left in the dark on many new product launches. They are simply not told anything about any new Apple product or even launch dates and times. I remember last year; in a visit to Apple store in Toronto after the announcement of the iPhone 4S; I asked their Genius Bar on the exact hour to launch the phone. Their answer was undoubtedly negative. They assured me they simply don’t know.

Product secrecy has been and remains of paramount importance to Apple; from ideas conceptualization, to research, design,piloting and till actual production. This is a pretty much a practice cultivated and nurtured by the late Steve Jobs over many years and it remains one of his unique fingerprints. I suppose many remembers the Gizmodo incident with the leaked iPhone 4.

Furthermore, in his appearance with Walt Mossberg and Kara Swisher at ‘D:All Things Digital’ on June 2010, Steve quoted the Gizmodo incident to emphasize the importance of Apple maintaining its core values. He noted that many people advised him to let Gizmodo incident go but he refused and insisted to go after them. He wholeheartedly believed that Apple should never compromise and never settle.

People might argue that this goes beyond core values to some bizarre style of management. For Steve and his successor, Tim, it’s not. It remains a great tactic to differentiate their offerings and possibly hit the market first with ‘insanely great products’.

But there are exceptions!

For the first time ever, product secrecy incredibly worked against Apple since the launch of the iPhone 5 with its larger 4′ screen. Customers and developers alike are stumbling of using the letter-boxed apps on the new device. This is caused mainly as result of the misplaced keyboard. There are issues like; unresponsiveness on the keyboard, flickering screen and few others.

Once Apple is contacted about these issues, their only answer is that developer community has to catch up! But, wait a sec! Catch up with what, and who to catch up whom!

Apple App Store presumably has over than half a billion app. Apps were built over years and years of development and testing. Since the app store debut, the most significant change; from developers perspective, was the retina display on the iPhone 4. What the developers had to do back then is just to produce high resolution images for their apps. No stretching was required. Many developers were very late to adapt to the new retina, but this has not hindered the user experience. iOS users were still able to use their apps. Simply, They had not enjoyed the more fancy high resolution images earlier than later.

Unfortunately, the story is completely different for the iPhone 5. It is taller, and the change is significantly bigger. What happens is that the current 500,000 apps look letter-boxed, thus the keyboard is misplaced, and users then have to struggle in typing. It is not a letter-boxed movie that users only watch, it is an app with a keyboard that is pushed up which users commonly misplace its letters while typing. Over years, users built different typing habits based on a bottom-aligned keyboard on the 3.5′ screen. Typing on a pushed up keyboard is bitterly annoying!

Unlike before, the user experience is compromised and frustrations are hugely piling up on various online communities. Recently, I visited the same Apple store in Toronto, and one of Apple geniuses has unwittingly expressed his frustration on the ruined customer experience because of this taller screen-keyboard issue. I myself noticed several unhappy customers stumbling around for help.

But if we assume that all of these 500,000 app were modified on the spot, will Apple be able to approve them on the spot as well! The number of apps has taken years to reach the current count, and for Apple to approve all these apps, it will take months and months of audit, review and approval. Steve claimed on the same D appearance that 95% of the around 3000 thousand apps are approved in 7 days. Then, with simple math, it would, hypothetically, take Apple more than three years to approve all 500,000 apps!!! With this thrust to approve apps, we won’t be surprised to see apps that infringe copyrights, invade users privacy or simply copy, without users consent, their address books and other personal data.

Eventually, no matter how fast Apple approval process is, it will take us months as end users to see our preferred apps fixed and released.

This is a ruined customer service and Apple should have let its pride slip for this time at least and should have planned well on advance, so to avoid such dramatic hiccup! 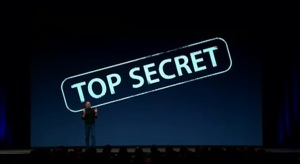